Do you own a booming international business and are slightly concerned your brilliant marketing slogan might get lost in translation? Here are 10 examples of why translation and localization are so important.

LinguaLinx is on a mission to help the people across the world with all their translation needs, from legal to healthcare to educational, and everywhere in between. Along with the capability to translate into 98% of the world's known languages, we also have a love for other cultures and the ways that these languages came to be.

t can be tricky to translate an entire brand from one language and culture into another. Even under the best of circumstances, those translations can frequently be misinterpreted. This can be disastrous for a brand trying to open pathways to new customers, particularly if it is a smaller startup.

But even huge conglomerates are not immune to translation gaffes. Their mistakes are not only our learning experiences, but also sources of total hilarity.

By the end of this article, you will know the top ten biggest marketing gaffes we've come across thus far (don't make the list).

Pepsi has gone through a number of slogans over the years, one of which was: “Come Alive with Pepsi.” This slogan was very effective across the United States, but it frightened the Chinese target market when it was translated, because the Chinese slogan ended up meaning, “Pepsi Will Bring Your Ancestors Back from the Dead.”

Pepsi isn’t the only soda company that had some issues in China. When Coca-Cola first tried to bring its product to China in the early 1920s, it wanted to maintain the sound of the name. However, they quickly found out that a phonetic translation of Coca-Cola actually means “bite the wax tadpole” in Chinese.

Frank Purdue Chicken can be found in grocery stores the world over. But when it hit Spanish-speaking countries, its tagline was horribly mangled. In English, the slogan is, “It takes a strong man to make a tender chicken.” But in Spanish, it translated to, “It takes an aroused man to make a chicken affectionate.”

Coors Light is ubiquitous, and one of its former slogans was, “Turn it loose!” Unfortunately, Coors is another brand that had some issues with the Spanish-speaking market, because that tagline in Spanish was translated into, “You will suffer from diarrhea.”

KFC has had a number of public relations gaffes over the years — in particular the fact that it is no longer legally able to call itself Kentucky Fried Chicken and must go by the acronym KFC. Its tagline — “Finger Lickin’ Good” — has been around for a long time, but it ran into some issues in China when it was translated to mean, “Eat Your Fingers Off.”

The “Got Milk?” campaign was very successful among English-speaking populations, but when it was translated in Spanish, it ended up meaning, “Are you lactating?” Obviously, that didn’t go over quite as well.

In 2009, HSBC bank was put in the position of having to rebrand its entire global banking operation when they tried to translate their U.S. campaign to audiences overseas. The initial slogan was “Assume Nothing”, but it was translated to mean “Do Nothing.” HSBC had to spend over $10 million to change its slogan to “The World’s Private Bank.”

When the huge Ford auto company began selling cars in Belgium, it was met with an interesting challenge where translating its tagline was concerned.

The Colgate toothpaste brand tried to market its product in France under the name Cue. However, that was also the name of an ill-famed pornographic magazine.

Pampers was a unique case, as they attempted to sell diapers in Japan with an image of a stork delivering a baby. This was confusing to the Japanese, because they have no cultural myth wherein storks bring babies to parents, so the image was simply confusing. In their culture, babies are delivered in giant floating peaches.

So, there you have the top 10 most hilarious marketing translation gaffes.

There are certainly others, such as the Chevrolet “Nova” being understood as “doesn’t go” in Latin countries, or people in African countries thinking that Gerber baby food was actually made from babies.

In this article, you learned why correct language translation and localization are vital to a strong international campaign.

LinguaLinx has cornered the market on language services for the working world because translation is the heart of what we do.

Interested in learning more about how LinguaLinx can connect your business to cultures everywhere? The team members of our interpretation division master the art of accurately conveying nuanced meanings from one language to another—in any situation, in real-time. 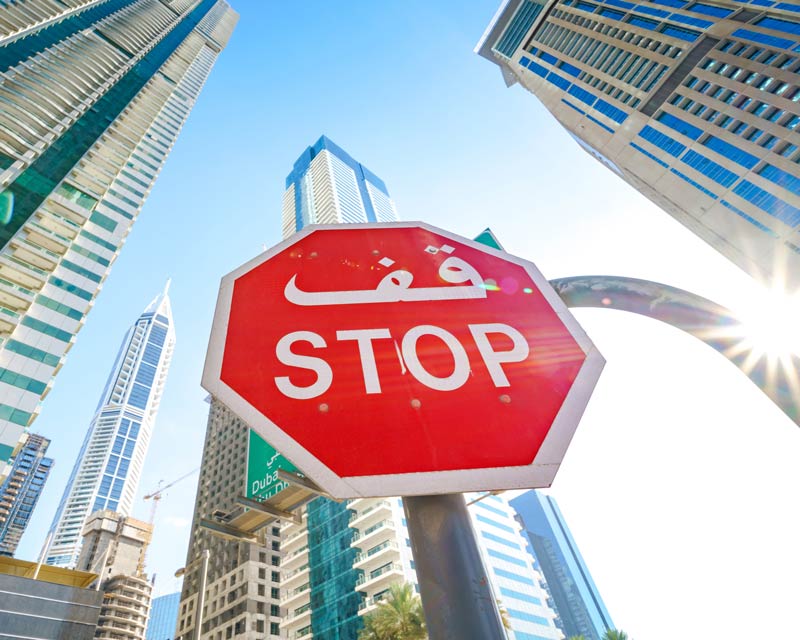 Did you know that Arabic to English translation and localization (and vise versa) is a sophisticated endeavor?