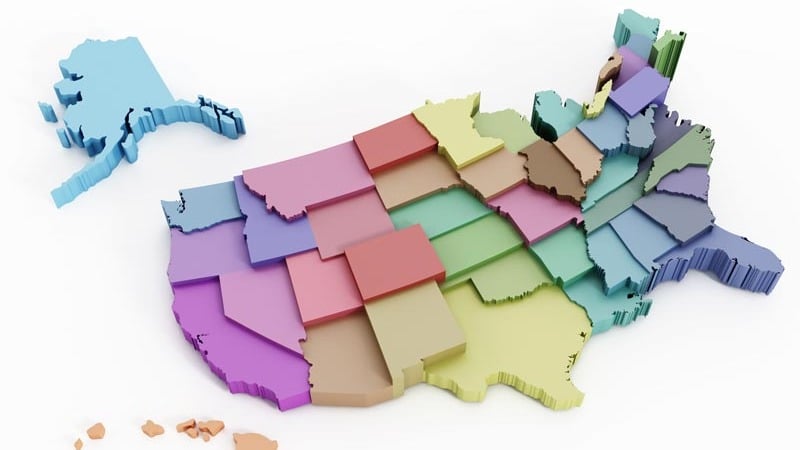 Did You Know? 21.7% of the U.S. population speaks a language other than English at home.

As of 2015, the most recent Census survey on language spoken, over 60 million people speak a language other an English at home. Or, to put it another way, 21.7% percent of the U.S. population. In descending order, the top five languages, other than English spoken in the U.S., are Spanish, Chinese, Tagalog, French, and Vietnamese.

And because we have so much knowledge to share on all things language, we wanted to share with you a few facts about the most popular languages in The United States.

Spanish has always been the most widely spoken language after English, with about 37.5 million speakers. And over the last 20 years, the number of Spanish speakers has grown by 60%. After English, Spanish is the most common language in 43 U.S. States. Accounting for over half of non-English speaking households.

Spanish translators must understand what audience of Spanish speakers they are communicating with. Spanish is a very regional language with Castilian Spanish and Standard Latin American Spanish being the most generally used variants translated.

However, to effectively communicate with your audience, we recommend that you pay close attention to your audience's geographic differences. Variations in Cuban, Mexican, Puerto-Rican, and European Spanish have unique variations and differences in vocabulary.

With over 1.2 billion speakers, it's no wonder Chinese is the third most spoken language in the United States. 3.5 million households speak Mandarin or Cantonese at home in the U.S. Surprisingly, only in the State of New York, is Chinese the primary language behind English and Spanish.

Complicating Chinese translation is the history of the language over the past seventy years, while Traditional Chinese has been the main translation within the U.S., the use of Simplified Chinese is growing.

These small variations make Chinese a particularly challenging language for a translator, as they must understand precisely where the document is coming from to translate it effectively.

The Philippines' official language has over 1.7 million speakers in the United States and the most commonly spoken language (other than English and Spanish) in both California and Nevada. Tagalog was the primary language spoken around Manila in the 1930's when Commonwealth Constitution was drawn up.

Spanish colonial history in the Philippines meant that Spanish and English — once upon a time — were the only two officially sanctioned languages of the islands. Tagalog was chosen to represent the various indigenous populations as a non-European national language. Even though Tagalog is of local origin, history has given the language a healthy amount of borrowed words.

Translators dealing with Tagalog translation have to be aware of Spanish loanwords, which make up a huge percentage of Tagalog's modern, conversational vocabulary. And if that's not enough to do your head in, English has also taken on a slightly different form in the Philippines as well.

"Philippine English" has its own unique cadence, and is often involved in "code-switching," or moving back and forth between two different languages.

Coming in at number four 1.3 million households speak French in the U.S. You'll find the most French speakers in the northernmost parts of Maine and in the southern parts of Louisiana.

While French spoken in Louisiana has evolved from an intermingling of French Catholic, African Americans (both slaves and free settlers), Creole, and Spanish influences.

Rounding out the top five languages spoken in the U.S., Vietnamese is spoken widely in the southeastern corner of Nevada and the northwestern part of Washington. 1.2 million households in the United States speak Vietnamese.

California has the highest percentage of non-English speakers (at 44 percent), followed by New Mexico, Texas, and New York.

The vast majority of people who spoke another language at home reported that they could speak English very well or quite fluently.

Participate in the Movement

In the cultural melting pot that is the United States, it's no wonder that diverse communication offerings are on the rise. There is power in giving representation to all citizens.

As a Language Services Provider, we pride ourselves on participating in this work through our partnership with organizations worldwide. Is your organization in need of a translation reboot?

LinguaLinx works with companies around the world to help localize translations to your customers so you deliver the right message at the right time.

French, a Romance language, is widely regarded to be among the most beautiful languages in the world. At LinguaLinx, we help people across the world…